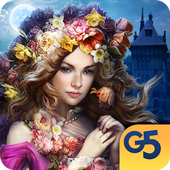 Hidden City is a beautiful puzzle game, in which you will explore mysterious locations, looking for all kinds of hidden objects and solving complex puzzles. But it’s not just a set of quests – completing every part of the game brings you closer to unraveling the mystery behind the entire story.

The gameplay is rather typical for this kind of mobile games. Most of the time you will explore gorgeous and complex locations with hundreds of different objects, trying to find items you need to complete a quest and to move the main story. There are more than 60 locations filled with objects, puzzles and mini-games, so there’s no time for you to get bored.

The story that drags you through those locations is far from being original. You play as a private detective that tries to solve the mystery of a phantom city that appears around the world and spreads dangerous black smoke. So it’s up to you to explore the mysterious Shadow City and to get rid of the evil that dwells within. However, this kind of story allows you to visit all kinds of surrealistic locations without breaking the immersion.

Hidden City offers you literally thousands of quests to complete – and there are regular updates that add even more content to the game. But the game doesn’t feel empty, because you can meet about 50 different characters in your journeys.

The controls are simple. You just tap on the screen to get an item that immediately gets added to your backpack to be used later. The interface is rather informative, and you can always know what you need to find and how much time you have left. However, it’s recommended to play this game on larger screens, because it’s harder to find some of the smaller items on narrow screens.

While the gameplay is great, Hidden City has very low replay value. After all, there’s no sense in playing the game once again, if you already know every location and the story itself. Sure, you can visit your favorite area once again or just wait for new locations to be added, but that still doesn’t boost the replay value too much.

The graphics are one of the most prominent features of the game. While there’s no true 3D locations here, all of the areas are beautiful and realistic. The items are not too hard to find, but it’s still a challenge every time, and the mini-games are nice, too.

Hidden City’s soundtrack is great. The music fits the game very well, and the sound effects create a mysterious atmosphere. That helps you immerse in the game even more, so every fan of the genre will surely like it.

Hidden City is a great puzzle game with lots of content and frequent updates that add even more to the game. It doesn’t offer anything revolutionary, but rather combines all of the best features of the genre.