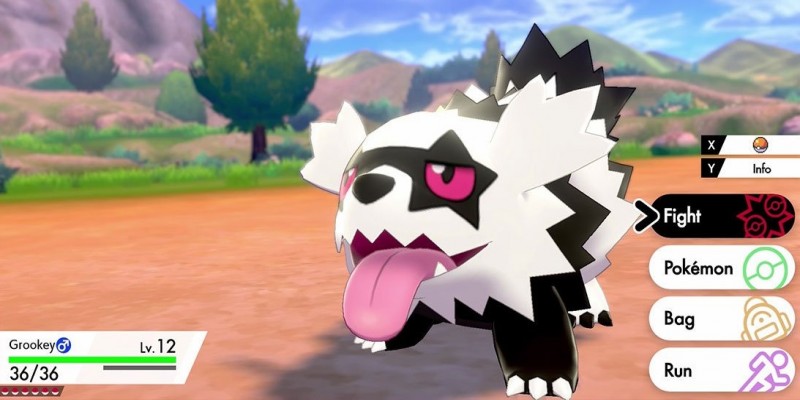 We are waiting for Pokemon Sword and Shield eagerly. There are several reasons for such anxiety, and one of them is completely new types of Pokemon.

From the trailer, we have learned a lot of details of the expected release, including descriptions for the new forms of existing Pokemon. But what is more interesting is that completely new creatures with unique capabilities are represented too. Please welcome Weezing, Linoone, Zigazagoon, Obstagoon, and Morpeko. Moreover, the last one is coming up in two forms. We are going to reveal more information about every new species below.

Permit us a reminder. All Pokemon look differently, and their sizes vary. They live somewhere around us numbered over 700 beings of about dozen types. They usually do not speak but can mutter their names. Humans known as Trainers chase down these creatures and develop them for participation in tournaments.

Every Pokemon has its own unique abilities and skills. In addition to virtues, they have disadvantages against each other, and a player should make the right choice of the available skills to select the best fighter in the current particular competition. Now, we’ll get a chance to diversify our game with new opponents.

We’ll start with the creature of a two-sided category of electric/dark type, having the hunger-switch ability. It can eat all the time and still remains hungry because it exerts itself by generating electricity, and that requires a lot of energy, which is replenished only with food.

Its energy is stored in the sacks of its cheeks. You will easily understand that this creature feels empty, turning attention to its appearance. If this condition lasts, the balance of hormones in its body is upset and the color of Pokemon changes. It becomes aggressive and anxious. By the way, this is a new ability coming with the title.

This Pokemon is from the Tiny Raccoon Category of Dark and Normal type. Its abilities include picking up and gluttony. Zigzagoon is coming from the Galar region. The name is derived from zigzag movements the creature makes. It does not settle down and travels across the region, living in forests, fields, and towns. Galarian Zigzagoon is supposed to be the oldest one comparing to others of the species.

It is a troublemaker that adores battles. So, you don’t have to wait for any provocations to fight. Such tactics are rather successful when it meets other Pokémon, but you will hardly take its attempts to show affection as a serious threat. Of course, such an attitude can make Galarian Zigzagoon a little bit disappointing.

The third one is of the Rushing Pokemon category being of dark/normal type. It has pick-up/gluttony ability like the previous ones. This creature is extremely fast, developing a speed of over 60 miles in an hour. Also, it is able to attack with rather destructive power, using Tackles and Headbutts. Here it is important to aim at target carefully; otherwise, the creature can lose its balance.

This Pokemon is fearless indeed and performs the tasks in a rash manner being ready to initiate fighting with a rival who looks much more skilled and stronger. That is why Galarian Linoone is extremely popular among youths.

Obstagoon is a blocking Pokémon of a dark and normal type. Its ability is reckless/guts. This creature has to cope with the harsh environment of the Galar region, where the living conditions are truly severe. Due to such a peculiarity, its survival instincts are very strong. You should know that it does not commence the first attack despite its combative nature. But if it is involved, it gets perilous. It throws the opponents off guard and fights with sharp claws.

This is a Pokemon of Poison Gas category with Poison/Fairy Type. Unfortunately, we do not know its abilities because they have not been tested yet. Perhaps, it will levitate. When it fights, it can emit air from its heads. The point is that it absorbs polluted air and gases and consume them for sustenance. As a result, it removes toxins out of the environment and suggests pure and healthy air. But also it is able to produce gas full of toxins accumulated in its body. The clouds of a toxic gas leak out and drift in the air being able to immobilize an opponent. This is a key weapon of the main character.

Well, the eighth generation of Pokemon games is an important moment both for the developers and players. We are waiting for new challenges, but the real trick is new types of Pokemon, which are going to bring new possibilities in our playing experience and infuse a fresh spirit into the familiar environment. All those promises of new regions to explore, new secrets to reveal, amazing creatures to find and raise get us excited.

We can discuss Sword and Shield's stunning visual design with diverse sceneries, fixed camera view, and impressive in-game achievements, but, of course, the key aspect is new characters uncovered in this article. Please leave your comments if you are interested in this topic.