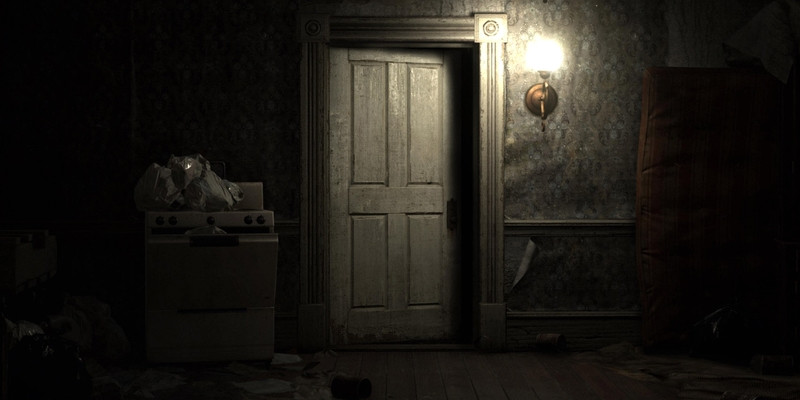 The rumors about Resident Evil 8 being developed for the upcoming next-gen consoles like PS5 and Xbox Series X have long been circling around the community, causing quite a stir. However, as more details of the alleged sequel to Resident Evil 7: Biohazard leak to the media, true fans of the distinguished horror series may find themselves rather disappointed with what they may or may not see in the RE8 part of the game.

There have been no official comments on the matter from the Capcom developers yet, so it is impossible to tell whether any of this is true, but if the available insider intel were to be believed, here is what we can expect Resident Evil 8 to look like.

In Resident Evil 8, the developers may be looking to continue and further expand the story of Ethan Winters, who was the main protagonist in part 7 of the franchise. To make things even better, Chris Redfield from RE7 is also likely to make a re-appearance, but it is still unknown in what capacity that will be. The main character is presumably going to fight the undead in rural settings of some fictional European country.

We had our fair share of fun with these guys in Resident Evil 7, and we would appreciate a chance to see them in action again as well as learn more about Chris Redfield’s involvement with Blue Umbrella. That said, there are plenty of longstanding RE fans who feel much less optimistic about the news and argue that Ethan Winters was one of the most tedious protagonists in the entire franchise, not worth being encored in the new sequel.

The New Title Might Place Us into a Snowy, Rural Environment

The new chapter of the story may unfold in a remote and isolated village located high in the snowy mountains of an unidentified European country. As it develops, the gameplay will allegedly feature an old castle inhabited by the evil creatures. There is still no information regarding what exactly Ethan’s new mission might be focused on.

Switching from a confined space to an open-ground picturesque location is a great idea. Nothing intensifies the atmosphere of the rampant fear like an abandoned village in the middle of nowhere, frequented by zombies, ghosts, and werewolves.

Classic Zombies are Back, but no More Molded

It is widely believed that the new episode of the horror franchise will take us back to the roots and re-introduce traditional zombies to the gameplay instead of the Molded creatures that we saw in Resident Evil 7. Other antagonists in the new game will apparently feature a mysterious ghostly female character, who haunts Ethan persistently but disappears into thin air every time Ethan shoots at it, and something resembling werewolves that will be attacking the main character within specific locations only.

You bet! While RE7’s Molded monsters were fun and everything, we wouldn’t mind the storyline returning to some of its traditional gameplay origins. After all, the underlying concept of bioweapons misuse turning most of the world’s population into bloodthirsty zombies is what made the series so crazily popular.

It Is FPS All Over Again

It looks like the Capcom developers are going to stick to the first-person shooter perspective in the new title, at least that is what numerous anonymous insiders have been reporting. Such a significant change in the game’s style did work out nicely for Resident Evil 7 and helped to remove barriers between the main character and his enemies, bringing genuine horror into the story. Still, most of the franchise fans say they would much rather see the RE8 go back to its original and much more convenient third-person shooter format.

Well, not necessarily, but if you enjoyed playing the Resident Evil 7 episode, you will probably have no objections to RE8 being a first-person shooter too. Besides, such a gameplay style is consistent with the idea of Ethan Winters acting as the game’s main character again. We do hope they will make it VR compatible to bring out the FPS full potential.

They Can Change the Name of the New Chapter

Instead of taking the usual approach to naming a new game in the series, this time around, the developers can give their creation a non-numerical ‘clever’ title. Some gamers assume this may be the company’s attempt to set apart RE7 and all other titles that will follow in its footsteps into a separate spin-off series.

It is neither good nor bad, but it is undeniably curious. Singling out a few games into one first-person shooter spin-off with a VR-supported storyline sounds like a clever idea; however, it is yet to be seen whether this new concept will prove viable.

What Is Known So Far?

With no official confirmation coming from Capcom, all the rumors surrounding Resident Evil 8 may turn out to be just a spoof. At this point, it is not even known for sure if the RE developers are actively working on the sequel.

At the same time, Capcom has recently sent out an invitation to all of its Japan-based RE ambassadors, offering them to take part in testing an unnamed title that is still in development. Many RE8 enthusiasts think it might point to the company’s ongoing work on the new entry.

Given that Resident Evil 3 remake is being released on PC, Xbox One, and PlayStation 4 in early April 2020, there is no way of telling when RE8 is going to follow. Capcom is known to launch one new game each year, so, if Resident Evil 8 is being developed right now, we should probably not expect to see it until the year 2021/2022.

Are you thrilled by the idea that Resident Evil 8 is to be shown from the first-person viewpoint? Did you enjoy the Resident Evil 7: Biohazard virtual reality experience? What all-new and conventional gameplay elements do you hope to see in the new title? Leave a comment below to let us know what you think!