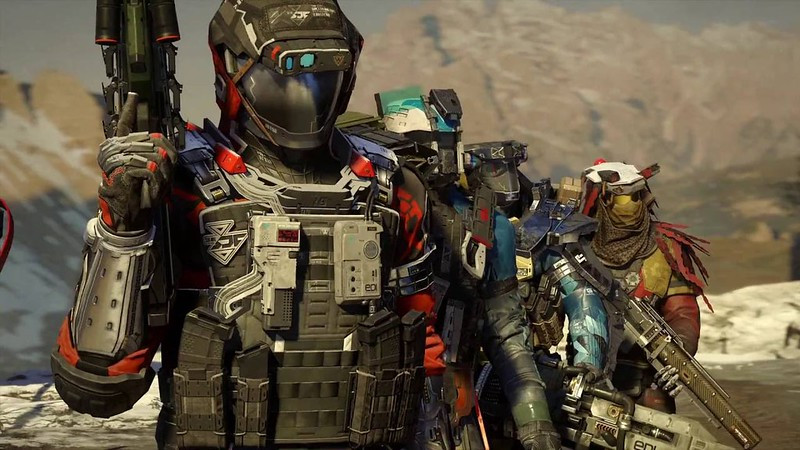 There are many great shooter games out there, but these are the top 7 that you should definitely check out.

"Call of Duty: Modern Warfare" is a first-person shooter video game. It is the sixteenth installment in the "Call of Duty" franchise. In the game, players take on the role of soldiers who are fighting in a fictional war in the Middle East.

"Borderlands 3" is a first-person shooter video game that was released in 2019. It is the sequel to "Borderlands 2" and the third installment in the "Borderlands" series. In the game, players take on the role of one of four vault hunters who are on a quest to find a new home for themselves.

"Overwatch" is a team-based shooter video game that was released in 2016. It is the first installment in the "Overwatch" franchise. In the game, players take on the role of one of several heroes who are fighting in a fictional war.

With over 125 million players, Fortnite is easily one of the most popular games on the planet. And it's a free-to-play shooter, which makes it even more impressive.

In Fortnite, players are dropped into a 100-player battle royale where they must scavenge for weapons and resources, build fortifications, and fight to be the last player standing. It's an addicting formula that has made the game one of the most popular on the planet.

If you're looking for a fast-paced, action-packed shooter, Fortnite is definitely the game for you.

PlayerUnknown’s Battlegrounds, also known as PUBG, is another battle royale game that has taken the gaming world by storm. In PUBG, up to 100 players are dropped onto an island and must scavenge for weapons and supplies while fighting to be the last one standing. The game is available on PC, Xbox One, and PlayStation 4.

Apex Legends is a squad-based battle royale game in which up to 20 three-person teams compete against each other to be the last team standing. The game is set in the same universe as Respawn's Titanfall series and takes place after the events of Titanfall 2. The game is played from a first-person perspective, and each team must choose one player to be the "Jumpmaster," who decides when and where the team will skydive into the map at the start of the match.

Apex Legends is a free-to-play game and is supported by microtransactions. These microtransactions are used to purchase cosmetic items for the Legends, such as new outfits and weapon skins.

With its tactical gameplay and intense firefights, Rainbow Six Siege is one of the top shooter games out there. Players assume the role of an elite counter-terrorist operators and must work together to breach and clear enemy strongholds. There is a large selection of operators to choose from, each with its own unique specialties and equipment. The game is also constantly updated with new maps, operators, and game modes.

These are just a few of the top shooter games that are currently available. Whether you’re a fan of battle royale games, team-based shooters, or first-person shooters, there’s a game on this list for you.